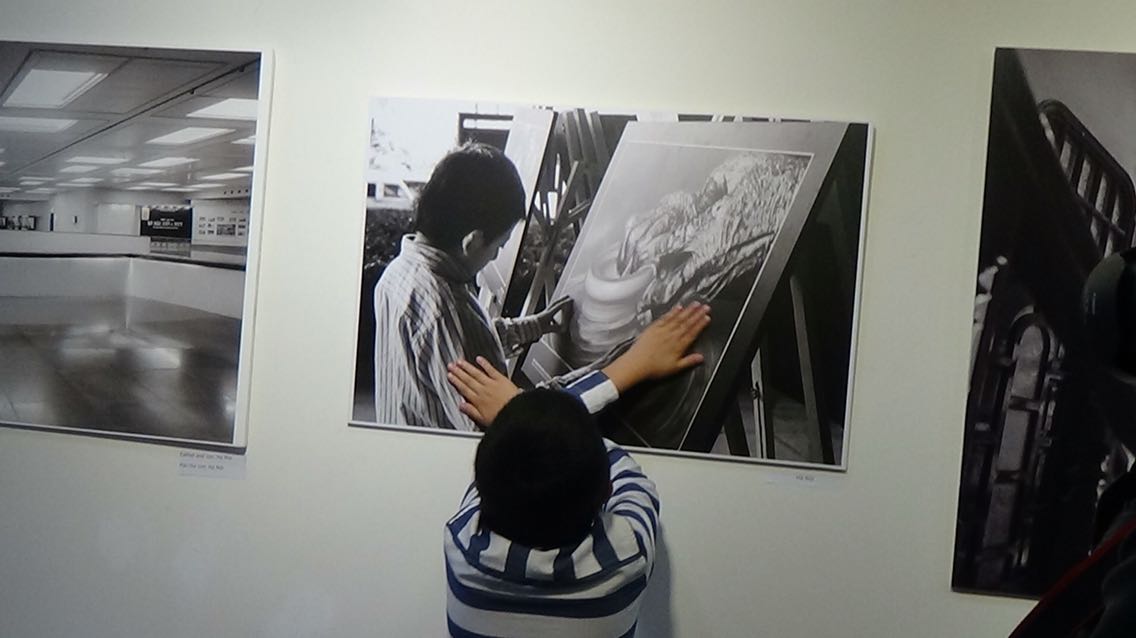 HANOI (Viet Nam News/ANN) - An exhibition called “Picturing Autism Vietnam” show the daily life of people with autism in three Vietnamese cities of Ha Long, Hanoi and HCM City, besides other countries such as the United States, Mexico, Peru and Iceland, as well as Indonesia, is on display in Hanoi.

Noted American photographer Debbie Rasiel is sharing her view of the world of people with autism at a photo exhibition in downtown Hanoi. The photos at the exhibition, entitled “Picturing Autism Vietnam”, show the daily life of people with autism in three Vietnamese cities of Ha Long, Hanoi and HCM City, besides other countries such as the United States, Mexico, Peru and Iceland, as well as Indonesia.

This is the first exhibition of a photography project that Rasiel has done over the past three years.

“I want to show elements of the lives of children with autism and their families. There are beautiful family connections. Yet people with autism should not be isolated and they don’t get enough family care,” Rasiel said. “They cannot just stay at home so long with nowhere to go, with no school or job training. They need to be integrated into communities and schools for job training.”

“Rasiel stayed at my home for two days to take photos of my son,” Nguyen Lan Phuong, the mother of Ha Dinh Chi, an eight-year-old child with autism, said.

“I realised she tended to talk a lot to him and to my family members to understand us rather than to just take photos. She showed us all the photos she had taken and checked which photos we did not want published, which is a very professional style of working.”

Nguyen Tuong To, who has a family member with autism, said Rasiel has not taken photographs only with the eyes of a professional photographer.

“She has been taking photos with the eyes and the heart of a mother who has a son with autism,” he said, “She caught the most touching moments and all children with autism in her photos are as beautiful as angels.”

Vu Song Ha, deputy director of the Centre for Creative Initiatives in Health and Population, said children with autism in Vietnam, especially teenagers with autism, faced several difficulties as they had only limited services available to them.
“We still don’t know how to offer them vocational training, and support them so that they can live independently,” she said.

Ha said the exhibition offered a close look at people with autism and their varied feelings as well as the challenges they coped with.

Rasiel has worked for non-governmental organisations in the United States US and South Africa. Her photos have been published in a book entitled Women on Purpose, sponsored by the Ford Foundation.

Her photos have also been selected for individual collections and have been displayed at exhibitions at Rutgers University in the United States US and Johannesburg University in South Africa.

She is planning to return to Vietnam to take photos of the maturing of children with autism that she took photos of a few years ago.

The exhibition, which aims to celebrate the first Vietnam Vietnam Autism Awareness Day on April 2, is open from 8am to 5pm at the Vietnamese Women’s Museum, 36 Ly Thuong Kiet Street, Hanoi, till April 9.

An international workshop on autism in Vietnam will be held on April 1 at the office of the Vietnam – Japan Nam-Japan Human Resources Co-operation Centre, while a sports event for people with autism will be held on the next day at the sports complex Sports Complex in Hoang Mai District, Lane 104 Nguyen An Ninh Street.

A concert by violist Nguyet Thu and quartet Apaixonado, to raise funds for people with autism, will take place at the Vietnam National Academy of Music on April 2.