An exhibition of new photographs by Debbie Rasiel, August 18, 2016 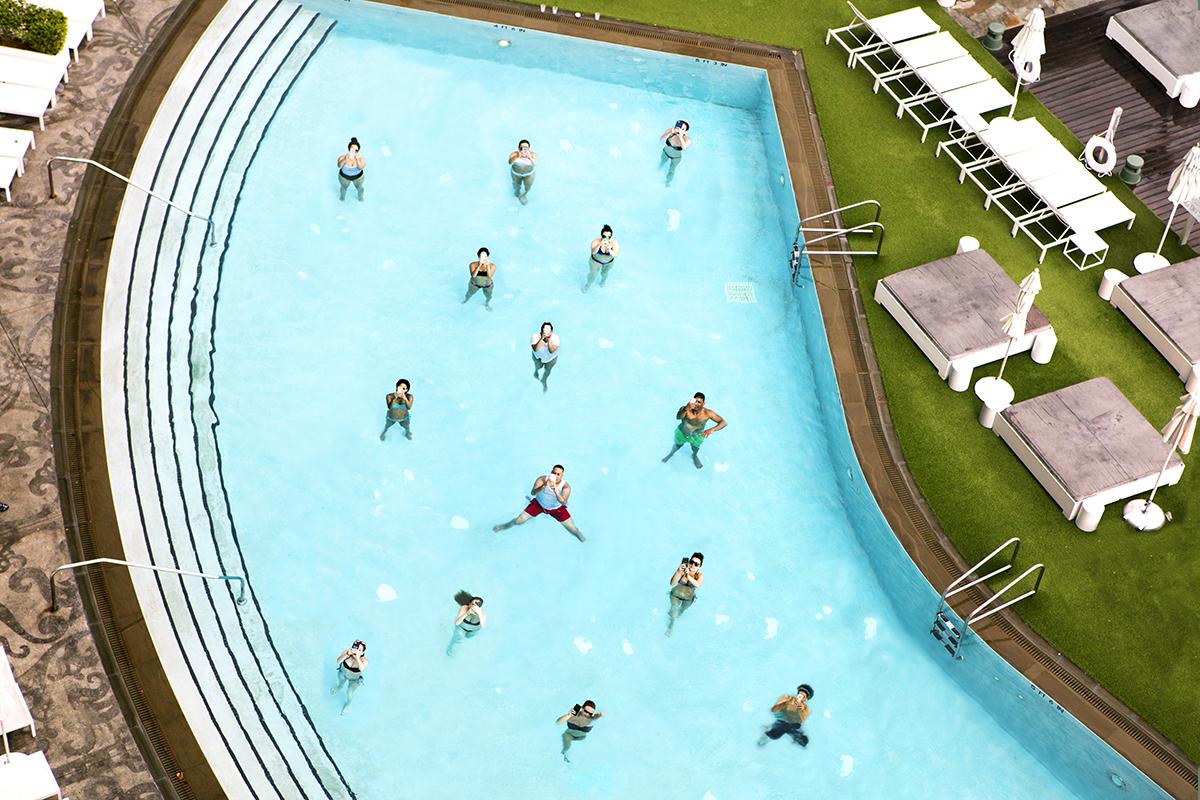 Rasiel begins her most recent photographic exploration from the balcony of a resort hotel in Miami Beach. Looking down onto the temporary inhabitants of this highly constructed and designed environment, we get the sense that they are figurines in a dollhouse made by and for adults. Playing into the implicit voyeurism that is built into their surrounding architecture, the subjects seem to perform being on vacation, rather than enjoying it. At least that’s how it looks from the viewer’s perspective, safely tucked into the balcony, situated in the threshold between private and public space. From this angle, Rasiel avails us to the habits, inclinations, and oddities of those who vacation. Disregarding the horizon as a grounding agent, the photographs are visually destabilizing, but nonetheless playful. They highlight the unusual regularity and repetition of a resort layout, punctuated by listless, floating bodies, revealing that even in our ‘free’ time, we are bound to the structure of the grid.

Within this scene, which is equal parts banal and absurd, there lies a tension within the power of who holds the camera. As an artist, Rasiel is not interested in the spectacle of image production. Though her artistic practice is typically concerned with consent and the individual empowerment of her subjects, this new body of work regards her subjects with sociological distance. Here she steps outside of her comfort zone, allowing her photographic voice to prevail over those who are photographed, in order to highlight the situational peculiarity in which we willingly place ourselves for the sake of a vacation.